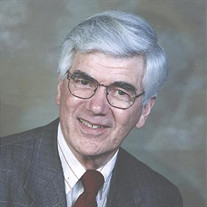 Robert E. Nye, 85, of Shenango Township, New Castle, passed away peacefully on Monday evening, January 9, 2017 at Golden Hill Nursing Home in New Castle. He was born in Ellwood City on March 19, 1931 to the late Paul G. Nye and the late Blanche M. Kocher Nye. Robert was a graduate of Lincoln High School in Ellwood City, and later the University of Pittsburgh. He taught auto mechanics for one year at the Butler Co. Vo-Tech in Butler, and then for 23 years at Lawrence County Vo-Tech School, from 1974-1997 in New Castle. Bob was a longtime member of the First United Methodist Church in Ellwood City, where he belonged to the United Fellowship Sunday School class; was a former trustee, head usher, served on the Administrative Board of the Hazel Adams Scholarship Fund. He also was a veteran of the US Army during the Korean War. ,p> Bob received many “Best of Show” awards for his 1929 Duesenberg antique auto that he built in 1985. Bob is survived by his wife of almost 63 years, Norma Jean Felton Nye, whom he married in 1954. He is also survived by one daughter, Janice Nye Greathouse of Ellwood City, and one grandson, Jonathan R. Greathouse of Slippery Rock PA. He also is survived by one brother, Ronald L. Nye of Ellwood City. In addition to his parents, he was preceded in death by one brother, Gerald P. Nye, who died September 10, 1995. Friends may attend the visitation from 10-11:00 A.M. on Thursday, January 12, 2017 in the TURNER FUNERAL HOME, 500 6th Street, Ellwood City. Services will be conducted at 11:00 A.M. on Thursday, Jan. 12 at TURNERS, with Pastor Chuck Cusick, recently retired, officiating. Full military rites will be observed by the Veterans Honor Guard at TURNERS. Burial will be in St. Mark’s Lutheran Cemetery, Franklin Twp. Memorial donations may be made in his name to the Parkinson’s Disease Support Group, Jameson Health System, 3410 Wilmington Rd., New Castle PA 16105. You may read the obituary, sign the guestbook, or send condolences at: www.turnerfh.com

The family of Robert E. Nye created this Life Tributes page to make it easy to share your memories.