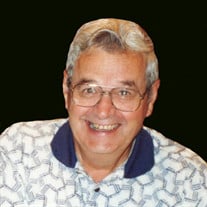 Robert “Bob” W. Hunt, 90, of New Castle, passed away peacefully, at Passavant Community in Zelienople on January 7, 2021. He was the son of the late Clarence and Nellie (White) Hunt and was born August 12, 1930, in New Castle. He is survived by his sons; Keith E. Hunt and his wife Brenda of Ellwood City, Craig R. Hunt and his wife Gretchen of Butler, K. James Hunt and his wife Jennifer of Volant, one daughter; Kayann J. Slack and her husband Ed of Pittsburgh, Pa, one brother; C. Everrret Hunt and his wife Doris of New Castle, and several grandchildren and great-grandchildren. Bob was a graduate of Princeton High School. He met the love of his life, Janet, on a blind date and it was truly love at first sight. They faithfully represented what God meant marriage to be and they raised their family accordingly. They were faithful members of Faith Country Chapel in New Castle. He and Janet enjoyed bowling, for many years, along with their two longtime couple friends. He represented the qualities of what a true gentleman should be, exhibiting integrity, honesty, kindness and love and care for others. Bob took a personal interest in each of his four children and their families, along with sharing and enjoying their hobbies. He was preceded in death by his wife, of 55 years, Janet Hunt. In lieu of flowers, the family is requesting monetary donations be made in Bob’s name to the Alzheimer’s Association of Greater Pennsylvania. Due to the Covid-19 Pandemic, Funeral Services will be private. Interment will be in Pleasant Valley Cemetery Arrangements entrusted to THE TURNER FUNERAL HOME located at 6th and Park in Ellwood City.

The family of Robert "Bob" W. Hunt created this Life Tributes page to make it easy to share your memories.

Send flowers to the Hunt family.