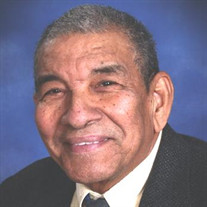 Raymond Lopez, 83, of Portersville PA (Perry Twp., Lawrence County) passed away peacefully on January 25, 2017, at Franciscan Manor, in Beaver Falls, with family at his side. He was born in Callery PA, Butler Co., on April 7, 1933 to the late Louis Lopez, and the late Cornelia Adams Lopez. He graduated from Lincoln High School in Ellwood City before serving in the US Air Force during the Korean War, from 1951-1955. Upon returning from active duty he graduated from Geneva College in Beaver Falls, PA followed by a Masters degree at Westminster College in New Wilmington PA. Raymond had a diverse career. He worked for the railroad and steel mills before obtaining his teaching degree. He started his teaching career at Aliquippa School District and finished at California University of Pennsylvania, in California PA. Raymond was a member of St. John’s RC Church in Uniontown, Pa. before joining St. Christopher at the Lake Catholic Church in Prospect, Pa. Raymond was an avid runner who participated in many road races including marathons. In his later years he enjoyed walking before attending morning mass services. His biggest passion after retirement was quilting and his biggest joy was sharing his quilts with his friends and family. When Raymond was not quilting you would often find him busy outdoors. He was preceded in death, in addition to his parents, by his loving wife, E. Marie Meade Lopez, who passed August 18, 2002, and two sisters Frances Lopez Bailey, and Louise Lopez Goatley. He is survived by his brother, Louis Lopez of Fairfield CA, and his four children: Ramona (and Luis) Barrantes of San Mateo, CA; John (and Pamela) Lopez of Uniontown, PA’ Christina (and James) Pegg of North Palm Beach FL; and J. Michael (and Therese) Lopez of Parkland FL. In addition he was survived by his eight grandchildren: Luis Alejandro and Rachel Barrantes; John and Patricia Lopez; Jared and Jacob Pegg; and August and Emma Lopez, as well as one great granddaughter, Eleana Marie Pegg. Friends will be received from 6-8 P.M. on Sunday, Jan. 29 2017, in the Turner Funeral Home, 500 6th Street, Ellwood City. Military rites will be observed by the Veterans Honor Guard at TURNERS on Sunday at 6:00 P.M. Members should meet at TURNERS at 5:30 P.M. A Blessing Service will be conducted at TURNERS at 10:00 A.M. on Monday, Jan. 30, 2017, with Rev. Fr. Joseph Feltz of St. Christopher at the Lake Catholic Church, officiating. Entombment will be in Holy Redeemer Parish Cemetery Mausoleum. Memorial contributions may be made in Raymond’s name to Children’s Hospital in Pittsburgh, PA. or the American Diabetes Association.

Raymond Lopez, 83, of Portersville PA (Perry Twp., Lawrence County) passed away peacefully on January 25, 2017, at Franciscan Manor, in Beaver Falls, with family at his side. He was born in Callery PA, Butler Co., on April 7, 1933 to the late... View Obituary & Service Information

The family of Raymond Lopez created this Life Tributes page to make it easy to share your memories.

Send flowers to the Lopez family.