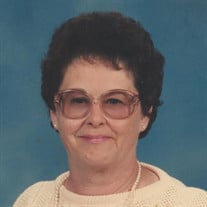 Shirley A. Partridge, 86, of Ellwood City, Wayne Twp., passed away peacefully, on November 19, 2020, at her son’s home. She was the daughter of the late Donald R. and Genevieve (Henry) Scoville and was born November 11, 1934, in Evans City, PA. She is survived by her daughter; Debbie Burkholder of Englewood, Fl, her son; Larry Honneffer and his wife Theresa of Chippewa, granddaughters; Lori Burkholder of Englewood, Fl, Alethea Steffler and her husband Mitchell of Chippewa, Brittany Perri and her husband Nicholas of Boalsburg, PA, Cierra Comer and her husband Timothy of Watertown, NY, great-grandchildren; Logan Steffler, Chad Steffler, both of Chippewa, William Lawrence Perri of Boalsburg, Pa one sister; Donna Scoville of Butler, and one brother; Donald Scoville and his wife Mary Ann of Renfrew, PA. Shirley was a 1952 graduate of Evans City High School. She married the love of her life Donald Honneffer in 1953, in Ellwood City. They moved to San Diego, CA while Donald was serving in the US Navy, during the Korean War. Upon returning from serving his country, Donald and Shirley moved back to Ellwood City, where they raised their two children. They were longtime members of Knox Presbyterian Church. She enjoyed bowling and gardening and spending time with her family. Upon Donald’s death in 1983, she began to volunteer more of her time at the Ellwood City Hospital and attended and was involved with different organizations, at her church. In 1992, Shirley married her second husband, Edward Partridge; they were married until his passing, in April 2020. She was preceded in death by her first husband Donald Warren Honneffer and her second husband Edward Partridge. Due the Covid-19 Pandemic, all services will be private. The family would like to express their appreciation and gratitude to the Professional Family Hospice Providers for the care and kindness and making Shirley’s final days comfortable and peaceful. In lieu of flowers the family is requesting memorial donations, in Shirley’s name be made to Family Hospice at https://www.familyhospicepa.org. Arrangements entrusted to THE TURNER FUNERAL HOME located at 6th and Park in Ellwood City.

The family of Shirley Partridge created this Life Tributes page to make it easy to share your memories.

Send flowers to the Partridge family.