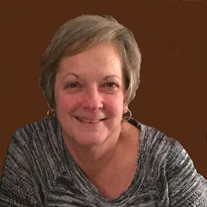 Patricia G. Quinn Shoaf, 64, of Beaver Falls (North Sewickley Twp.), passed away peacefully into Jesus" arms, on Wednesday evening, March 28, 2018 after a 16 month courageous battle with cancer. She was born in Ellwood City on January 5 1954 to the late Warren Quinn and Emma Virginia Aiken Quinn of North Sewickley, who survives. Patti graduated in the class of 1972 at Riverside High School, and attended Slippery Rock University. A devout Christian, she was active also in her church, Pathway of Chippewa Township, where she taught Sunday School. Patti also participated in ministering to jail inmates at the Beaver County Jail for 11 years. She worked for many years as a teller and later in the commercial lending department at Reeves Bank in Beaver Falls, and later for ESBank, now Wesbanco. In addition to her mother, Patti is survived by her husband of 43 years, Ronald R. Shoaf, whom she married October 26 1974. She is also survived by her loving children, Michael W. (and Jennifer) Shoaf of Brighton Twp.; and Kristin E. McKelvey of Ellwood City. Four grandchildren survive: Dylan Hunter Shoaf, Logan George Shoaf, Levi Ronald Shoaf, and Kyleigh Rae McKelvey. She is also survived by two sisters, Brenda (Boyd) West of Beaver Falls, and Leslie Quinn of Ellwood City. Friends will be received from 11:00 A.M. to 1:00 P.M. and 3:00 P.M. to 5:00 P.M. on Saturday, March 31, in the TURNER FUNERAL HOME, 500 Sixth Street, Ellwood City. Services will be conducted at at 11:00 A.M. on Monday, April 2, 2018 at the Pathway Church, 239 Braun Road, Beaver Falls (Chippewa), with Rev. Matt Frye, officiating. Burial will follow in Concord Methodist Church Cemetery. Memorial donations may be made to the Pathway Church, 239 Braun Road, Beaver Falls, PA 15010. You may read the obituary, sign her guestbook, or send condolences at: www.turnerfh.com

The family of Patricia G. Shoaf created this Life Tributes page to make it easy to share your memories.

Send flowers to the Shoaf family.