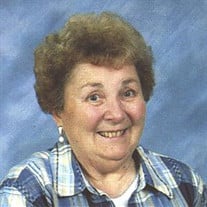 Jean L. Meehan, 89, of Ellwood City (Wurtemburg), passed away unexpectedly on Friday evening, February 8 2019 in the emergency department of The Ellwood City Medical Center. She was born in Ellwood City on November 24 1929, to the late Floyd L. and Helen V. Kifer Miesel. She graduated from Lincoln High School in Ellwood City, class of 1948. Jean worked as a clerk at J.C. Penney Co. at the Ellwood City store. She was a longtime active member of Calvin Presbyterian Church. She also was a member of Ellwood City Woman"s Club, and Order of Eastern Star #212, and was a volunteer for Girl Scouts. She was preceded in death, in addition to her parents, by her husband, A. Dean Meehan, who died February 7, 1998. They were married on September 15 1950. She is survived by three daughters: Marilyn (and Michael) Malone of Cincinnati OH; Marlene (and Robert) Grove of Enola PA; and Lisa (and Chuck) Machauer of Houston TX. Five grandchildren survive: Caroline Grove, Jared (and Shelley) Grove; Miranda (and Andrew) Haldeman; Morgan Malone; and Mackenzie Malone. Also surviving is a brother-in-law, James (and Charmaine) Meehan of Ellwood City; sister-in-law Sally Greger of Carlisle PA; several nieces and nephews, and Wesley Calve Meneice, special niece. Friends will be received from 6-8 P.M. on Wednesday, February 13, 2019 in the TURNER FUNERAL HOME, 500 Sixth Street, Ellwood City. Services will be conducted on Thursday, Feb. 14, at 11:00 A.M. at Calvin Presbyterian Church, with the Rev. R. Tod Custer, officiating. Burial will be in Slippery Rock Church Cemetery. Memorial donations may be made in her name to the Lawrence County Humane Society, 628 Pearson Mill Road, New Castle PA 16101; Canine Companions for Independence, 4989 State Route 37 East, Delaware, Ohio 43015; or to the Ellwood City Area Public Library, 415 Lawrence Avenue, Ellwood City PA 16117. You may sign her guestbook, or send condolences at: www.turnerfh.com The Order of Eastern Star #212 will conduct a service on Wednesday evening at TURNERS at 5:45 P.M.

Jean L. Meehan, 89, of Ellwood City (Wurtemburg), passed away unexpectedly on Friday evening, February 8 2019 in the emergency department of The Ellwood City Medical Center. She was born in Ellwood City on November 24 1929, to the late Floyd... View Obituary & Service Information

The family of Jean L. Meehan created this Life Tributes page to make it easy to share your memories.

Send flowers to the Meehan family.