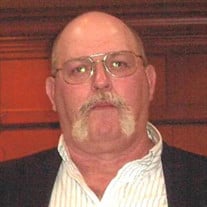 James Edwin McKeough “Jim”, 61, of Ellwood City, PA, passed away on Friday, September 18, 2020, at his home. He was the son of the late Thomas and Nancy (Koch) McKeough and was born April 2, 1959, Ellwood City, PA. He is survived by his wife: Haeng (Yeo) McKeough, Son; Thomas A. McKeough of Ellwood City; sister; Linda Dallies and her husband William of Ellwood City, brother; David McKeough and his wife Lisa of South Carolina; sister-in-law, Jana McKeough, and his nieces; Kayla Matsook and her husband Nicholas, Kristin Custer, and Ashley Freed. Jim was a graduate of Riverside High School, class of 1977. He was a proud Veteran of the United States Air Force. He married the love of his life, Haeng Yeo, in 1979 and they were married 41 years, and they had one son, Thomas. Jim attended the Community College of Beaver County and earned two associate degrees, one in diesel mechanics and the other in autobody. He was a firefighter, for over 15 years and served as Assistant Chief, for the Franklin Township Fire Department. He was extremely serious about being a firefighter and whenever he received a call he was up and gone out the door, in mere minutes. He loved to ride his Harley with his wife, and they rode all across Pennsylvania. He also enjoyed restoring old cars and trucks. Jim loved and greatly enjoyed remodeling his home, which he and his wife bought, in 1993. He continually remodeled it, changing and updating their home, for almost 30 years. He especially loved remodeling his deck, something he did over and over, again. He was extremely handy and could fix anything, by just be looking at it, even the most intricate jobs like knowing the number of roof shingles needed for a repair, giving him the nickname “Wonder Boy”. He was extremely meticulous, in everything that he did. Jim also enjoyed baking. He loved to eat, especially heavy cakes and Chinese Food. He enjoyed traveling, going to the mountains, and was an avid outdoorsman and hunter. He was a loving husband, father, son, brother, uncle, and caring friend to all who knew him. He was preceded in death by his sister; LuAnn Teapole, brother; Jerry McKeough. The family will receive friends at The TURNER FUNERAL HOME, from 5:00-7:00pm, on Wednesday, September 23, 2020, with a Celebration of Life Service, following at 7:00pm, with Pastor Paul Moore, Officiating. Due to the Covid-19 Pandemic, mask and face coverings will be required by all those who attend, and social distancing will be practiced and required. Arrangements entrusted to the TURNER FUNERAL HOME located at 6th Street and Park in Ellwood City, PA.

The family of James "Jim" E. McKeough created this Life Tributes page to make it easy to share your memories.

Send flowers to the McKeough family.