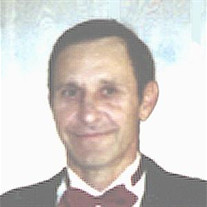 Ira Clifford Boyer, 71, of Fombell, (Franklin Twp.) passed away peacefully at his home on Monday morning, November 13, 2017. He was born in Ellwood City on December 31, 1945 to the late Ira W. Boyer and the late Mary Daufen Boyer. Cliff was a graduate of Riverside High School, class of 1964. He then volunteered for service in the US Army, serving as a sergeant for more than one tour in Vietnam, where he drove supply trucks in battle areas. Upon his return, Cliff worked for many years as maintenance superintendent at the Ellwood City Forge Co. (now Ellwood Group), and later as an independent owner-operator truck driver, then for McClymonds Supply and Transit. He is survived by his two children, Clifford J. Boyer, at home; and Tracy Boyer Crespo of Franklin Township, and by his ex-wife, Carol A. Hinkle Boyer. Three grandchildren survive: Chelsey Marie Crespo, Dakota James Crespo, Chase William Smith. Cliff is also survived by one sister, Mary Jane (and Wilbur) Boots; and Clara (and Paul) Carder, all of Fombell. In addition to his parents, he was preceded in death by one brother, John W. Boyer, and by five brothers and sisters in infancy. Friends will be received from 11:00 A.M. until 1:00 P.M. on Thursday, November 16 in the TURNER FUNERAL HOME, 500 Sixth Street, Ellwood City. Services will be conducted on Thursday, Nov. 16 at 1:00 P.M. at TURNERS, with the Rev. Sean Brubaker, pastor of Calvin Presbyterian Church in Ellwood City, officiating. Burial will be in Zelienople Cemetery. Memorial donations may be directed to the family. Full military rites will be observed by the Veterans Honor Guard at TURNERS. You may read the obituary, sign his guestbook, or send condolences at: www.turnerfh.com

Ira Clifford Boyer, 71, of Fombell, (Franklin Twp.) passed away peacefully at his home on Monday morning, November 13, 2017. He was born in Ellwood City on December 31, 1945 to the late Ira W. Boyer and the late Mary Daufen Boyer. Cliff was... View Obituary & Service Information

The family of Ira Clifford Boyer created this Life Tributes page to make it easy to share your memories.

Send flowers to the Boyer family.