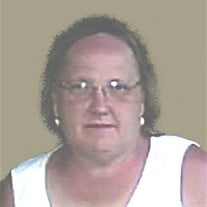 Esther G. Kelly, 67, of Ellwood City (Wayne Twp.) passed away peacefully on Thursday morning, April 18 2019 at UPMC Mage-Womens Hospital in Pittsburgh. She was born in Ellwood City on June 12 1951, to the late Augustine "Bud" and Edna Herold Kelly. Esther graduated from Lincoln High School in Ellwood City, class of 1969. She was a nurse"s aide at Jameson Hospital and Jameson Hospice in New Castle for many years. She was a member of the Wayne Fire Dept. Auxiliary, and Penn-Ohio Chapter of Compassionate Friends, and was very involved in Scouting. Esther was a loving and compassionate person, who always cared for others. In addition to her parents, Esther was preceded in death by her son, John Joseph Kelly, who died March 20 2005, and by her sister, Barbara Kelly Gumbish, who died March 19 2017. She is survived by her longtime companion, Robert (Joseph) Musser; brother-in-law Daniel Gumbish, and by her niece, Kelly (and Tim) Maysey , both in Whitehall OH. Also surviving are great nephews, Thor and Griffin Maysey. Friends will be received from 5-8 P.M. on Tuesday, April 23 in the TURNER FUNERAL HOME, 500 Sixth Street, Ellwood City. A Blessing Service will be conducted at TURNERS at 11:00 A.M. on Wednesday , April 24. Burial will follow in Mount Hope Cemetery, Wayne Twp. Memorial donations may be made to Compassionate Friends, 949 Dalton Avenue, Hermitage PA 16148. You may sign her guestbook, or send condolences at: www.turnerfh.com

The family of Esther G. Kelly created this Life Tributes page to make it easy to share your memories.

Send flowers to the Kelly family.