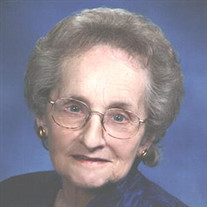 Dorothy "Jean" West Swick, 82, formerly of Fombell, passed away peacefully in her sleep, on Wednesday evening, May 2 2018 at the Carriage Manor near New Castle. She was born in Crider"s Corners (Cranberry Twp.) on her family"s farm, on January 23 1936 to the late Abraham and Dorothy Daufen West. Jean graduated from Lincoln High School in Ellwood City, and worked for a time at the former Ellwood Knitting Mill and later Fotia Brothers. She was a longtime member of First Church of God in Franklin Township. Jean enjoyed baking, spending time with her family, and loved her church. She was preceded in death by her beloved husband, Herbert H. Swick, who died October 24 2010. They were married on April 21 1956. She is survived by one son and six daughters: Thomas (and Antonia) Swick of Ellwood City; Cheryl (and Eric) Krut of Fombell; Lisa (and Carl) Smith of Prince George VA; Jacqueline (and Jeff) Syphrit of Ellwood City; Lori (and Ron) Sweeney of Lisbon OH; Melissa (and Blaine) Chapman of New Castle; and Heather (and Shad) Greco of Beaver Falls. Fifteen grandchildren survive and 21 great grandchildren. She is also survived by two brothers and four sisters: Gary West of Fombell; Boyd (and Brenda) West of Beaver Falls; Rosetta (and Nick) Colao of Ellwood City; Lois (and David) Peeples of Fombell; Edna (and Larry) Brown of Kingman AZ; and Ruth Cortez of Ellwood City. In addition to her husband and parents, Jean was preceded in death by one brother, Thomas West; and one sister, Mary Weisz. The family will receive friends from 2-4 and 6-8 P.M. on Saturday, May 5, in the TURNER FUNERAL HOME, 500 Sixth Street, Ellwood City. The family will also have a short visitation, from 1:30-2:00 P.M. at the First Church of God, 1862 Mercer Road, Ellwood City, before a service of Celebration of Jean"s life at 2:00 P.M. at the church on Sunday, May 6, 2018, officiated by Rev. Phil Conklin, pastor. Burial will be in Camp Run Cemetery, Franklin Township. Memorials may be made to the First Church of God. The family extends thanks to her caregivers at VITAS Hospice or Carriage Manor. You may view the obituary, sign her guestbook, or send your condolence at: www.turnerfh.com

Dorothy "Jean" West Swick, 82, formerly of Fombell, passed away peacefully in her sleep, on Wednesday evening, May 2 2018 at the Carriage Manor near New Castle. She was born in Crider"s Corners (Cranberry Twp.) on her family"s farm, on January... View Obituary & Service Information

The family of Dorothy "Jean" West Swick created this Life Tributes page to make it easy to share your memories.