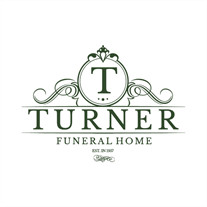 Dora M. Graff, 94, of Pittsburgh (Oakland), formerly of Pander Hollow Road, Franklin Twp. (Ellwood City), passed away peacefully on Saturday, March 17 2018, in Pittsburgh. She was born on the family farm in Franklin Township, Beaver County, on January 16 1924, daughter of the late Robert John Graff and the late Sarah Elizabeth Moyer Graff. Dora began her education at the old Greenwood Elementary School in Fombell, and graduated from Geneva College. She worked for many years in the pathology departments of the Forbes and Southside Hospitals. Dora was an accomplished photographer, and she loved to travel. She grew up in Trinity Lutheran Church in Ellwood City, and later was an active member of Calvary Episcopal Church in Pittsburgh. She was the beloved sister of the late Esther Graff Campbell, and the late Ethel May Graff. Several cousins survive. A service will be held at 1:00 P.M. at Calvary Episcopal Church in Pittsburgh, at 315 Shady Avenue, on Friday, March 23. Friends may also call from 12:30 P.M. until service time at 1:30 P.M. on Saturday, March 24 in the TURNER FUNERAL HOME, 500 Sixth Street, Ellwood City. Rev. Jean Chess, Deacon, will officiate. Burial will be in St. Mark"s Lutheran Cemetery, Franklin Twp. Memorial donations may be made to the Calvary Episcopal Church, 315 Shady Avenue, Pittsburgh PA 15206 or locally at Trinity Lutheran Church, 207 Spring Avenue, Ellwood City PA 16117.

The family of Dora M. Graff created this Life Tributes page to make it easy to share your memories.

Send flowers to the Graff family.