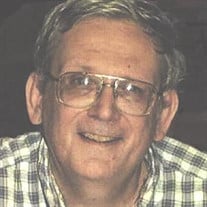 Bruce M. Hockenberry, 64, of Harper’s Ferry Road, Ellwood City (North Sewickley Twp.) , passed away peacefully on Thursday, Jan. 12 2017 at his residence. He was born in Ellwood City on June 27 1952 to the late Donald L. Hockenberry, who died Sept. 29 2016, and the late Donna J. Majors Hockenberry, who died March 19 2015. Bruce graduated from Riverside High School, class of 1970, and later Geneva College, and also graduate work at the University of South Carolina at Columbia SC. He was employed as a metallurgy chemist, working at Koppers Co. in Pittsburgh, and Inmetco in Ellwood City. He is survived by his sisters, Bonnie (and Herbert ) Cratty of Ellport (Ellwood City) and Beth (and David) Meteny of Beaver Falls. He is also survived by a niece and nephew, Brittany (Travis) Bates and Cameron Little; and a greatniece and greatnephews, Mariah Bates and Jason and Derek Little. Friends will be received from 4 P.M. until 7 P.M. on Sunday, January 15 2017 in the TURNER FUNERAL HOME, 500 6th Street, Ellwood City. Services will be conducted at TURNERS on Sunday evening, Jan. 15 at 7:00 P.M. with his cousin, the Rev. Daniel Hockenberry of the Disciples of Christ Church, Brookfield OH, officiating. Burial will be in Locust Grove Cemetery. Memorial donations may be made to Easter Seals of Western PA, 875 Greentree Road, Suite 150, Pittsburgh PA 15220. You may read the obituary, sign the guestbook, or send condolences at: www.turnerfh.com

The family of Bruce M. Hockenberry created this Life Tributes page to make it easy to share your memories.

Send flowers to the Hockenberry family.