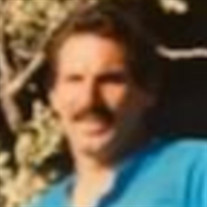 Alan Dudash, 75, of Ellwood City passed away Tuesday, November 30, 2021, at his home, surrounded by his family. He was the son of the late Joseph R. and Margaret (Matteson) Dudash and was born December 17, 1945, in New Castle. He is survived by his wife, 52 years, Sarah (Kloos) Dudash, one daughter; Amy Cisco of Ellwood City, grandchildren; Joseph Cisco, Brooke Cisco, Cameron Davis all of Ellwood City, great-grandchildren; Lavada Corbin, Ryker Corbin, and Huxton Corbin, brother; William Dudash New Castle, one sister; Mona Yott of Silver Lake, WI. Alan graduated from Laurel High School in 1963. He attended Youngstown University where he was an Army ROTC Cadet and a member of Pershing Rifles. Before his marriage he worked for National Tube in Ellwood City and later Asplundh Tree Company. He married, the love of his life, Sara Ann Kloos, in Ellwood City on May 10, 1969. He enjoyed playing guitar and softball in his younger years. Hiking and traveling were two of his enjoyments. Reading history (along with doing genealogy and computing kinship) were two other interests. He was also an avid Pittsburgh Steeler and Pittsburgh Pirate fan Alan then worked for Vanport Stone Inc. and became a licensed dynamite blaster, working at that occupation from 1971-1977. In 1977 he was hired by the U.S. Postal Service and retired after 34 years of service, with 30 of them as a letter carrier, in Ellwood City. In 2004, at age 59, he received a Bachelor of Arts Degree in History from Slippery Rock University. After retirement he worked a full schedule as a Day to Day Substitute Teacher at seven different school districts in Lawrence County. He was also Judge of elections during that time for the 5th Ward in Ellwood City. Alan was also an active member of the Elks Club in New Castle and the Saxon Club in Ellwood City. Friends may call on the family from 2:00-7:00pm, on Sunday, December 5, 2021, at Turner Funeral Home. Funeral Services will be held at 11:00am on December 6, 2021, at Turners. Interment will be in Mount Hope Cemetery. In lieu of flowers, the family is requesting donations be made, in Alan’s name, to the American Cancer Society, at donate3.cancer.org. Arrangements entrusted to the TURNER FUNERAL HOME located at 6th and Park in Ellwood City.

Alan Dudash, 75, of Ellwood City passed away Tuesday, November 30, 2021, at his home, surrounded by his family. He was the son of the late Joseph R. and Margaret (Matteson) Dudash and was born December 17, 1945, in New Castle. He is survived... View Obituary & Service Information

The family of Alan Richard Dudash created this Life Tributes page to make it easy to share your memories.

Send flowers to the Dudash family.